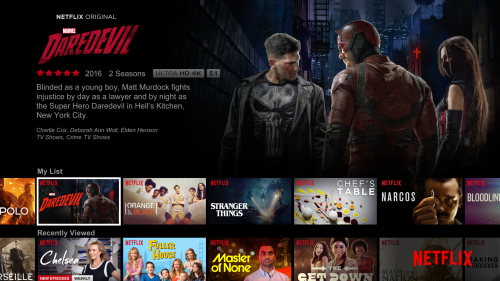 What makes successful content? Or in the case of Netflix, what’s the secret to producing a series that results in binge-watching viewers, hungry for seasons two, three and hopefully four?

The answer, as you’d expect, is in the data. Back in the noughties when Netflix was seeking inspiration for original programming it discovered an overlap between fans of an old BBC political thriller, David Fincher movies and Kevin Spacey. The result was the Netflix production of House of Cards, the world’s first series where all episodes were available to watch from the release date.

Fast-forward to 2017, and Netflix has just released Ozark, a crime thriller that pits the white-collar hero and his wife against drug cartels, local law enforcement and the rebellion of their adolescent children.

Sounds familiar? Not only does the pitch echo Breaking Bad, it also stars a comic actor, Jason Bateman, and a spectacular location: for New Mexico, read the breathtaking lakeside landscapes of Ozark, Missouri. As you can probably guess, the series wasn’t commissioned on a whim. Instinct only goes so far when you’ve got terabytes of audience viewing data to inform your creative decisions.

The good news is that while you might not be involved in the production of a multi-million-dollar streaming series, you can also use data to double-down on your most successful content.

Based on content analytics, you can break down your budget and resources into three categories:

By way of example, here are a few insights, via Brandwatch, that we’ll be applying to new content over the coming weeks:

In the news: GDPR and its impact on digital marketing was hugely popular with our readers. Not surprising given its imminent arrival and the fact that some businesses, including Wetherspoons, are deleting their email databases in response. We’ll be broadcasting more about this important legislation as the deadline for implementation approaches.

Infographics: We knew that these would be popular, but were blown away by the response to this post examining the ROI of social. Again, a format for the future.

Context: Our post about why we use social to communicate as a team, rather than email, was always going to be a hit. But when we presented it as a ‘case study’ on social, the interest was much greater compared with other headlines.

Call to action: Headlines and social posts with an active statement: “Read this first”, “Why you need a content strategy”, for example, drew many more clicks and shares than a passive phrase.

Cryptic and clever or prosaic and pragmatic? This is always a tough lesson for ex-journalists, this writer included. But with today’s time-poor, international content audience, getting to the point matters more than a witty pun or a smart-alec catchphrase. What’s more the data proves it.

Seasonal fare: Tapping into the current concerns of your audience will always pay dividends. This month we publish a series of articles explaining how social-selling can help sales teams overcome the post-holiday pipeline blues, and help them meet their annual target.

There were more, but for the time being, these examples should give you plenty of food for thought when updating your content calendar for the rest of 2017. In the meantime, we strongly recommend Brandwatch, which delivered many of these insights. Oh, and Ozark of course. It’s a cracking series, and a must-watch for anyone with a Netflix subscription.

Digital Leadership Associates: We are a Social Media Agency. We do three things: Social Media Strategy, Social Selling and Social Media Management. Drop us an email and let’s talk about how we can make an impact on your organisation.

previous
How Do I Make My Sales Number This Year?
next
Six Social Tools You Haven’t Found Yet

Copyright by BoldThemes. All rights reserved.

Copyright by BoldThemes. All rights reserved.